It is hard to imagine today what the mindset was and how things were done more than a hundred years ago, when the generations of our grandfathers and their fathers started thinking about building the first hydro power plant in the Slovenian part of the Drava River. But not too long after the end of the Great War, the Fala Hydro Power Plant produced its first kilowatt hours of electricity, paving the way for the operation of all power plants to come.

The first idea about utilising the Drava for energy was floated at the end of the 19th century. Several locations had been considered, with Fala being picked primarily for its geological conditions, with the valley being very narrow in that part and the damming not causing major flooding of the cultivated land and buildings.

Construction of the first hydro power plant on the Drava River

The construction of the Fala Hydro Power Plant, the first hydro power plant on the Drava River, which was also the largest hydro power plant in the eastern Alps at the time, started in 1913. Until 1918, when the Fala Hydro Power Plant started to operate, the river flow was undisturbed along the entire length of the Drava, which is why a raft transport route was operated from areas rich in timber through Podravje to the Danube Basin and further to the Black Sea. Before the railway was upgraded, the Drava was the only, and later on still the cheapest, transport route for timber and other goods. For this reason, the builders of the power plant were ordered in the concession contract to ensure that the power plant would allow, among other things, rafts to pass. A raft lock and a fish pass were also constructed for this reason. While the Fala Hydro Power Plant was the only power plant on the Drava, up to twenty rafts carrying 90 to 100 cubic metres of timber were travelling down the river daily between the spring and early autumn. 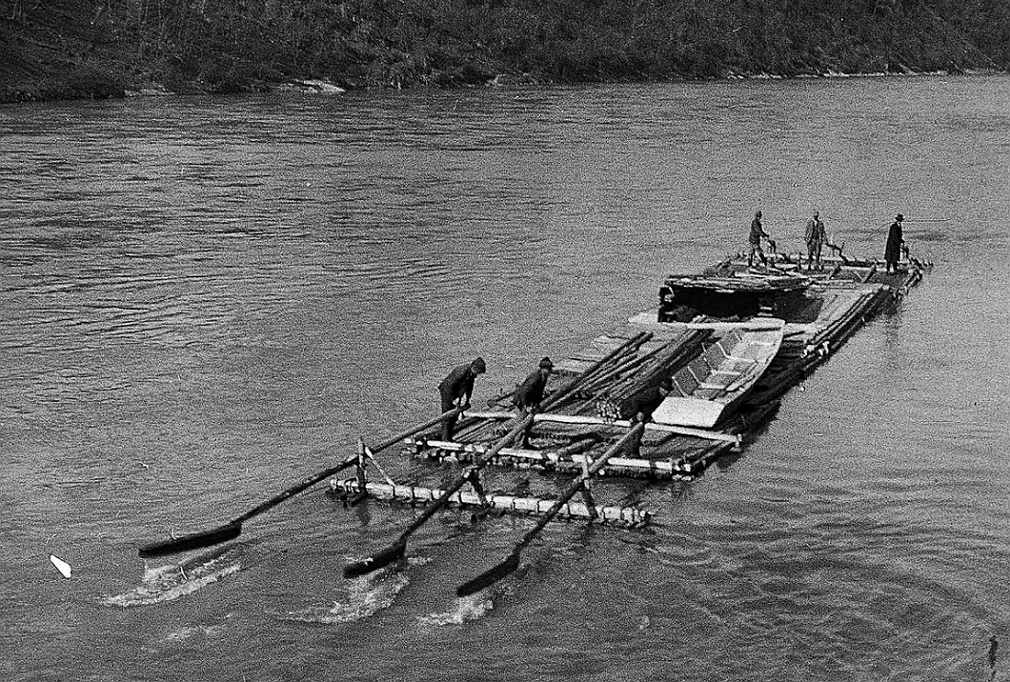 Rafters passing by Maribor, circa 1930 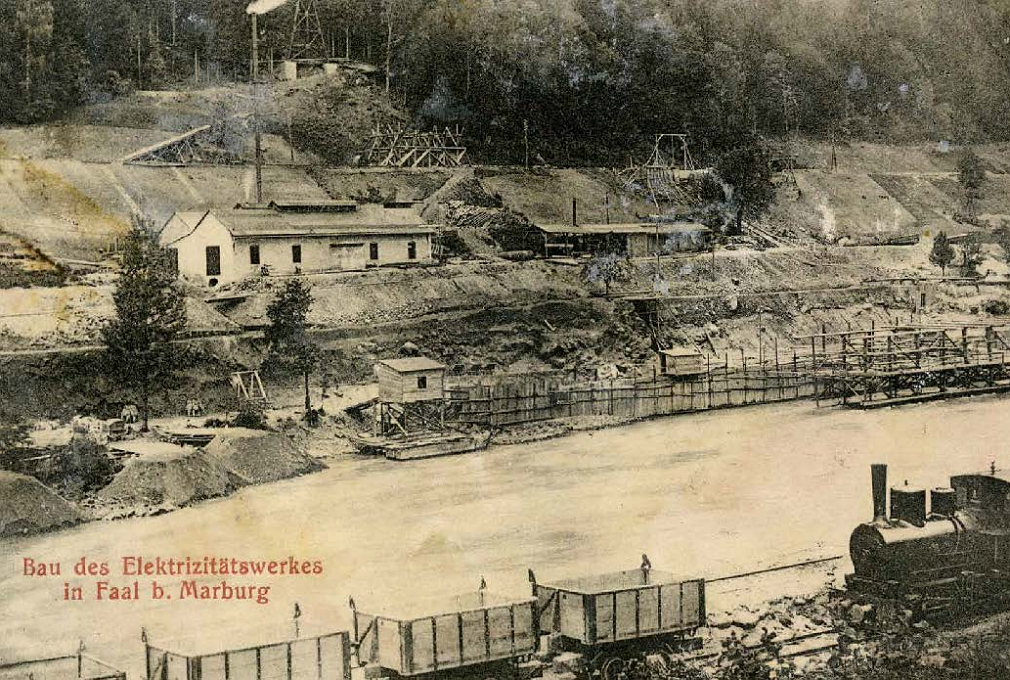 Preparatory works for the construction of a hydro power plant

Building such a facility was a great engineering achievement, which is why Swiss companies, which had the most experience in hydro power plant construction, were entrusted with the design and management of the project. The builder - the company StEG – secured the necessary capital from Swiss banks, while a majority of the installed equipment was also produced in Switzerland.

On 6 May 1918, the first three generators of the Fala Hydro Power Plant were launched, followed by the fourth on 9 May and the fifth on 23 May. The power plant, which was originally designed to power the industrial basin of the Central Styria with Graz as its centre, with the original plans being thwarted by the breakdown of the Austro-Hungarian Empire and new state borders, thus produced its first kilowatt hours of electricity on the Drava River just before the end of the First World War to pave the way for all subsequent power plants on the river. The sixth generator was launched in 1925 and the seventh in 1931.

The invaluable importance of the Fala hydroelectric power plant

In the period between the two World Wars, the Fala Hydro Power Plant had a great national and economic importance, as it facilitated the industrialisation of the Maribor area, while also supplying electricity to a greater area, all the way to Prekmurje and the Croatian region of Zagorje (in 1936, the electricity produced in Fala accounted for a fifth of the total electricity produced by the nation at the time).

Even during the Second World War, the power plant operated regularly and, together with the power supply network and the Velenje and Trbovlje thermal power plants, it was confiscated and merged with the company EVSÜD, which was established by the occupying forces and seated in Maribor. 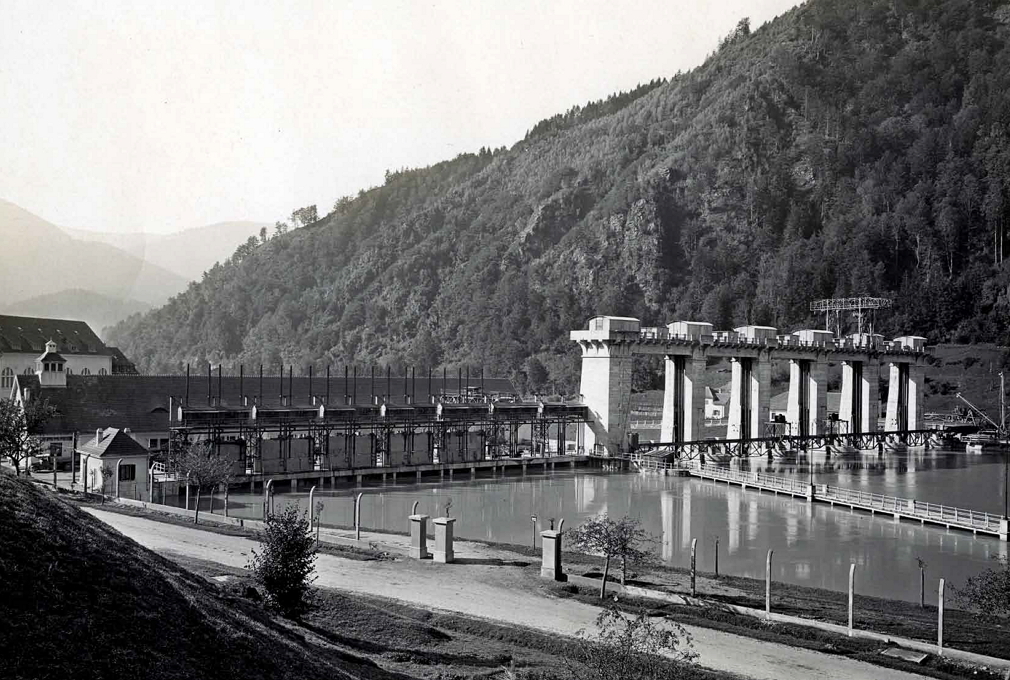 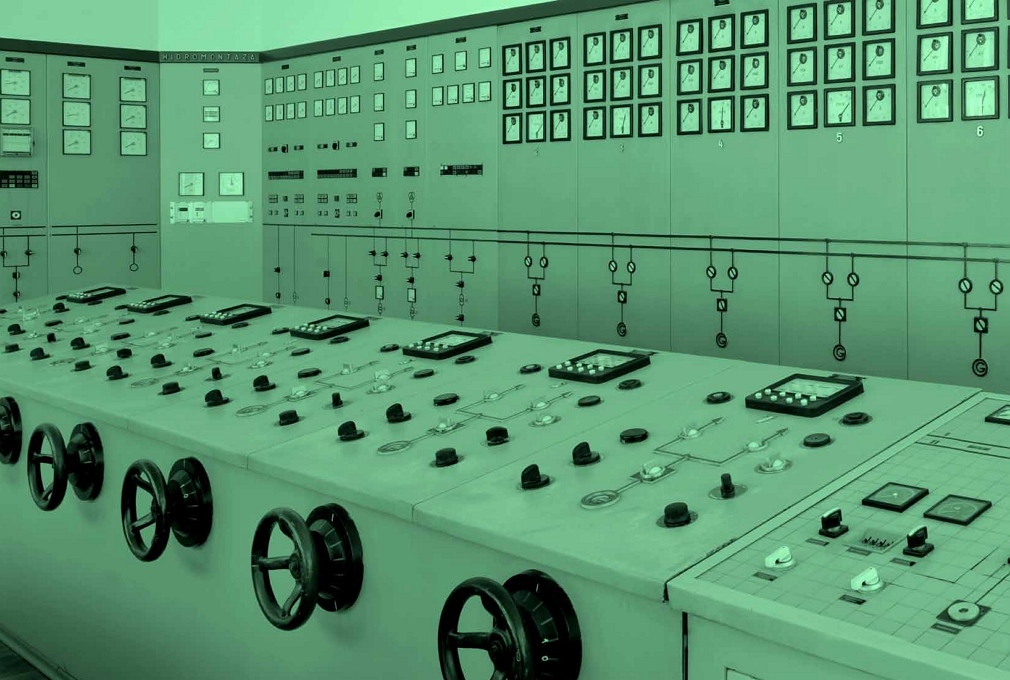 After the liberation, the hydro power plant was nationalised and included in the emerging power system in Slovenia, which was created with the construction of a 110-kilovolt network. In later years, the power plant changed its legal form several times – it was a part of a joint company and an independent company – to be again merged in 1961 into Dravske elektrarna Maribor, as part of which it still operates today.

The installation of the eighth generator in the first sluice began in 1974 and it started operating three years later. An overhaul of the power plant, the construction of a new engine room and procedures to install the ninth and tenth generators in the raft lock and fish ladder started in 1986. Generators one to three were decommissioned in 1990, followed by generators four and five a year later. Generators nine and ten started operating in the same year.

Engine room of generators 9 and 10 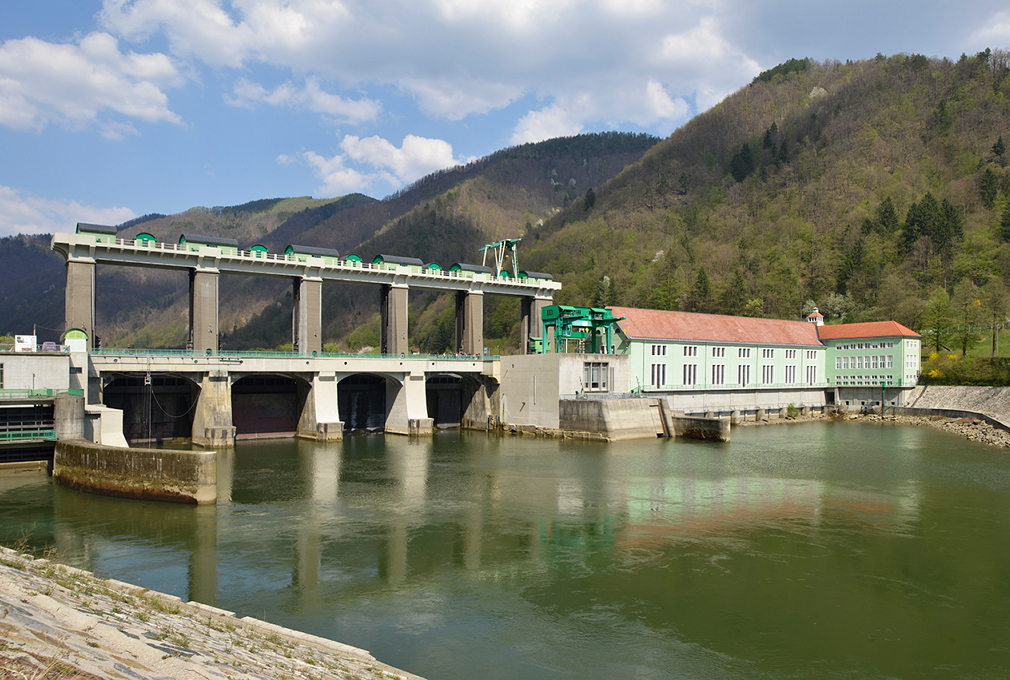 After active production in the old engine room was abandoned and the oldest generators were decommissioned, the situation provided opportunities for a different use. Dravske elektrarne Maribor decided at the time to present the history of the facility in the historical part of the power plant – where we are now –  and develop a room to serve as a museum. The overhaul allowed for the preservation and presentation of one of the most important monuments to architectural heritage in Slovenia in the 20th century.