The Ceršak Small Hydro Power Plant (SHPP Ceršak) was finalised in its present form at the beginning of the 1930s, when a dam across the Mura River was constructed, securing a regular inflow of water (28 m3/s) to the supply channel of the hydro power plant. In the 1970s, the Spieldfeld hydro power plant was constructed upstream of SHPP Ceršak, on the Austrian side, which is provided with a stable lower water point by SHPP Ceršak, which in the technical sense thus represents the last hydro power plant in the continuous chain of Austrian hydro power plants on the Mura River. In addition to the production of electricity, the function of SHPP Ceršak is thus also to ensure undisturbed operation of the upstream Spieldfeld hydro power plant.
SHPP Ceršak currently operates in accordance with the permit issued by the Ministry of the Environment and Spatial Planning (Decision No. 3355-29/2018/2 of 21 October 2018). In accordance with the decision, the concession and the concession contract, which were in force until then, ceased to be valid. The water use permit on the Austrian side has already expired. 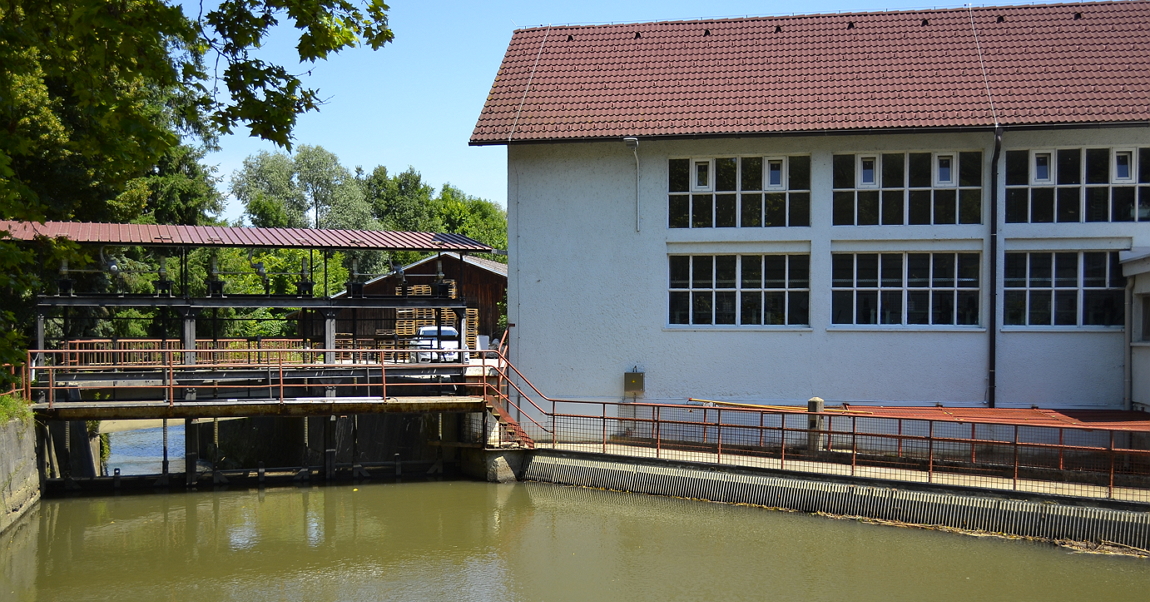 The structures of SHPP Ceršak are in a very poor condition. Especially problematic is the condition of the dam, which has, as already mentioned, two functions. In 2000, the high water level caused a partial collapse of the dam into the bed of the Mura River. After the collapse, gravelly material was carried downstream and erosion occurred under the dam, leading to the additional deterioration of its stability. In 2001, urgent repair works were implemented in the form of rock armour. This urgent and temporary measure ensured only the maintenance of the upper water level at a constant point (245.5 m a.s.l.), while greater stability of the dam was not addressed by this repair initiative.
The condition of the facility as a whole, and especially the condition of the dam, has also been discussed by the permanent inter-governmental commission for the Mura River, which demanded that the condition of SHPP Ceršak be improved and that the commission be informed about the details of the planned developments.
The manner and scope of the repair/reconstruction of the SHPP Ceršak facility thus needs to be evaluated from the aspect of the valid water use permit, as well as from the aspect of the awarded concession for the utilisation of the energy potential of the Mura River, which was obtained on the Slovenian side by the Dravske elektrarne Maribor company and in relation to the fact that it is a border section of the river, whose energy potential belongs to both the Republic of Austria and the Republic of Slovenia.

A preliminary technical solution, environmental pre-assessment and preliminary economic assessment have been drawn up for all variants. The following criteria have been taken into account in the drafting of the selected variant:

The purpose of the project is to increase the production of electricity from renewable sources. The objective of the project is to utilise to the greatest possible extent the available water power potential of the tributaries of the Drava for the production of electricity, while respecting all environmental and economic criteria. In recent years 13 water use permits have been obtained for the construction of small hydro power plants on the tributaries of the Drava River, with their construction planned for the coming years. Inclusion in the support scheme for renewable sources is possible for all small hydro power plants. 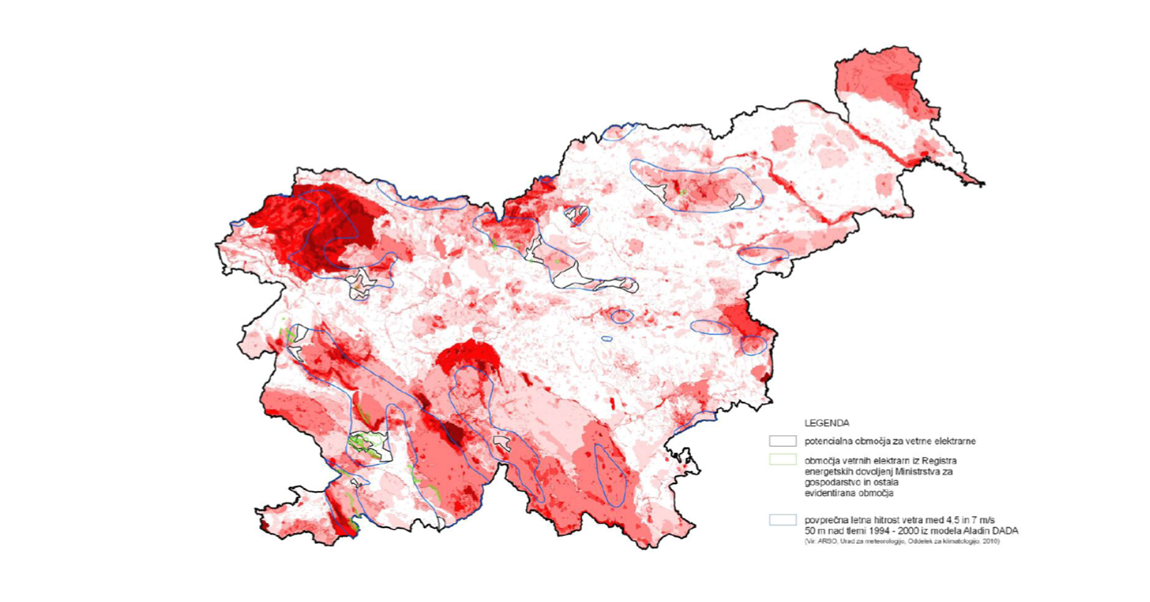 Locations with wind energy potential in the Republic of Slovenia are determined in the Action Plan for Renewable Sources of Energy (AN-OVE). With an instrument (laser device for measuring the direction and strength of wind - Lidar), we have examined potential locations for the installation of wind farms and established the possibility of utilisation of the wind energy potential in the entire territory of Slovenia, outside the Natura 2000 areas. Our ambition is to become a competence centre for wind energy in Slovenia and, based on a model and analyses, to provide assistance services to small investors in managing their investments, while securing good locations.

The installation of three generators with a total power of 10.8 MW and annual production of 25 GWh is planned. The Government of the Republic of Slovenia adopted a decision on the drafting of the national spatial plan for the Ojstrica Wind Farm on 8 March 2018.

The installation of four generators with a total power of 14.4 MW and annual production of 34 GWh is planned.

The installation of six generators with a total power of up to 21.6 MW and annual production of 55 GWh is planned. 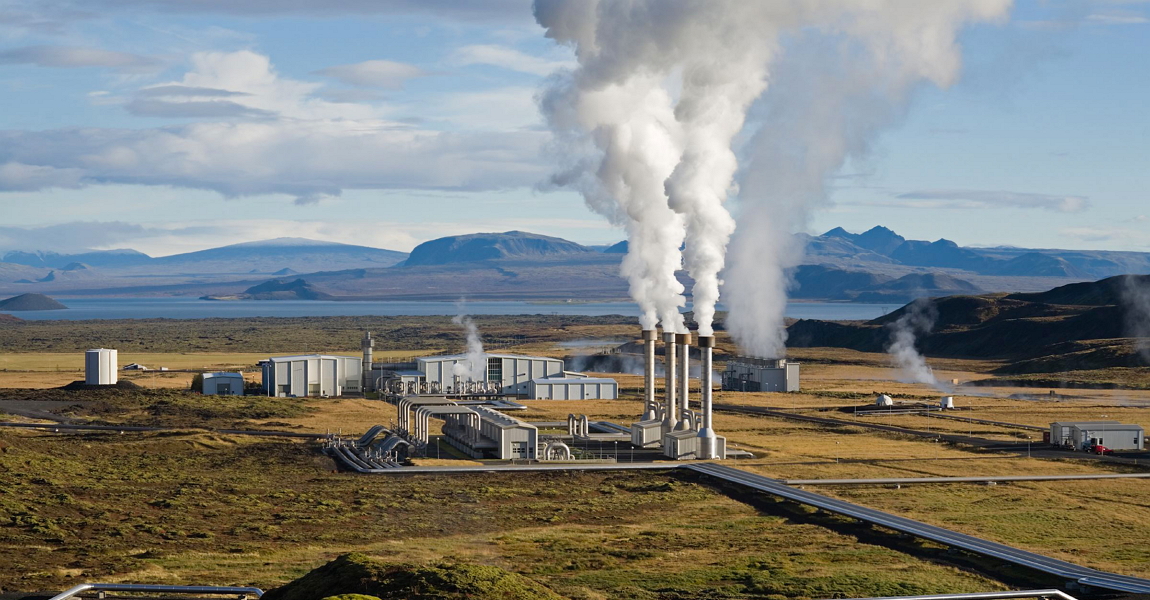 Exploitation of sources of residual heat

Project for increasing power from the Formin Hydro Power Plant 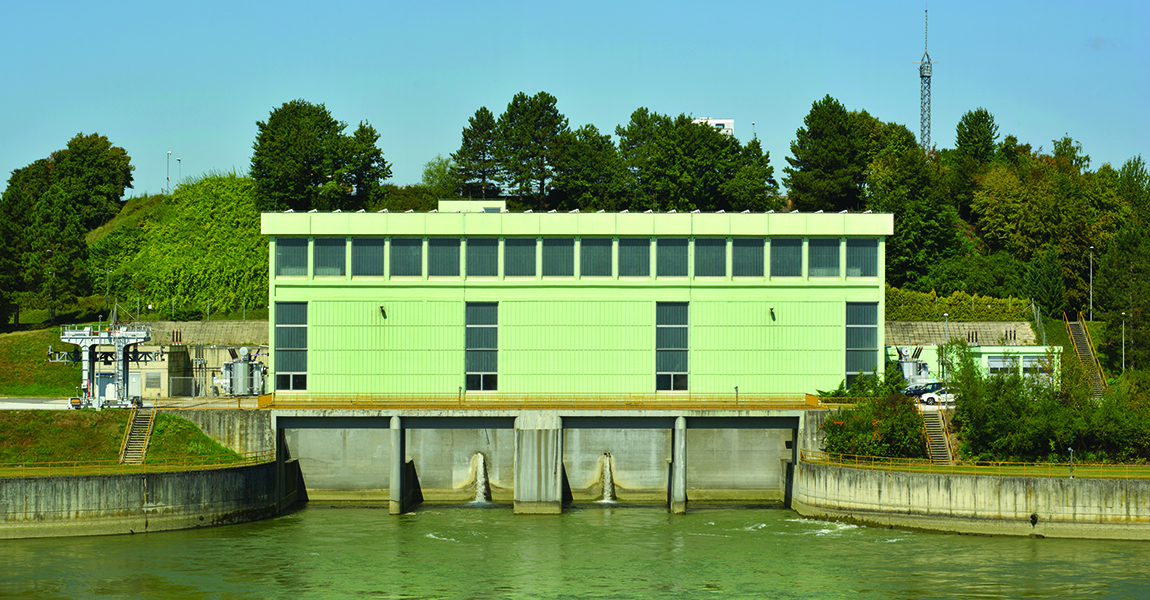 Project for increasing power from the Formin Hydro Power Plant

The main purpose of the implementation of the Formin Hydro Power Plant renewal project is to extend its lifespan by 40 years. The objective is also to examine the possibility of increasing its power and production, and to realise the technical feasibility and economic viability thereof. In the initial phase, an inspection and analysis of the basic equipment (turbines and generators) and the inflow/outflow channel will be made. Based on the results, discussions of the conceptual design will centre around the different variants which will form the basis for the selection of the optimal variant for the renewal. The actual physical work on the reconstruction is planned for between 2023 and 2025. 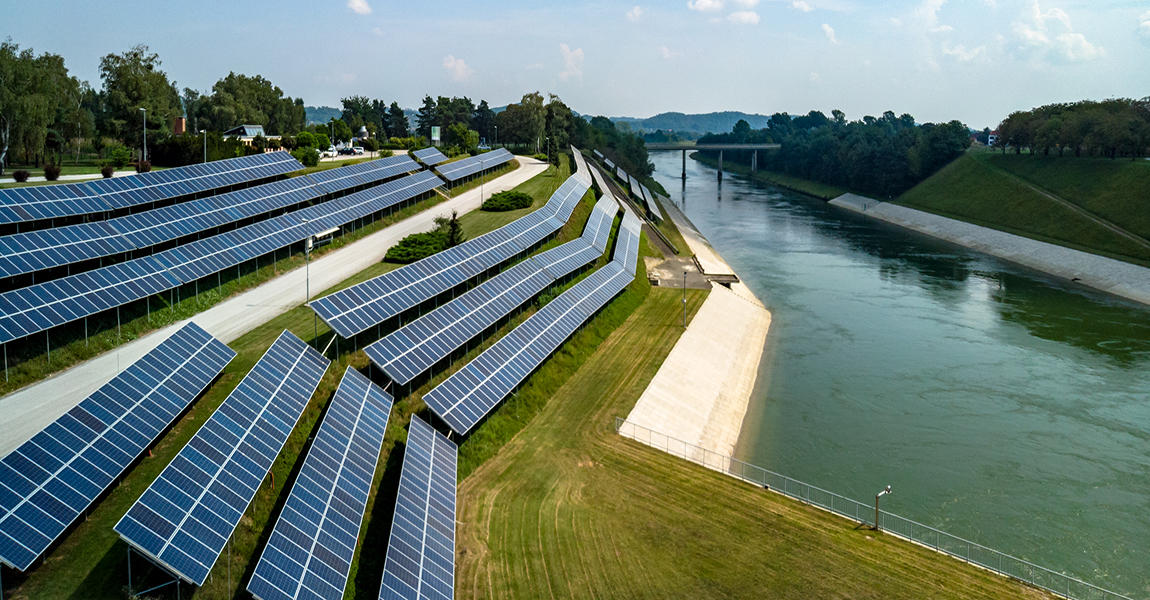 Construction of solar power plants on the inflow and outflow channels of the Zlatoličje and Formin hydro power plants represents the possibility of additional utilisation of the potential of renewable energy sources (solar power). It is possible to exploit the solar power potential to increase electricity production, implement and market systemic services in the network and construct energy storage facilities. In the coming short-term period, we will draft conceptual design documentation which will determine the electricity potential and the possibility of its utilisation and marketing. It is possible to obtain operational support for the constructed solar power plants from the support scheme for facilities producing electricity from renewable sources.