The idea to merge the power plants on the Drava River extant at the time into a single company was born in 1950.

The reactions of the collectives of individual power plants to the idea were very different, as employees were quite satisfied with the existing situation. For this reason, the initiative did not come from the collectives, but from politics. Important for its realisation was the Conference on the question of establishment and organisation of a new directorate for the Drava power plants Dravograd, Vuzenica, Fala and Mariborski otok, which was held on 22 October 1950 in the Mariborski otok Hydro Power Plant and attended by the then Minister of the Power Industry of the People's Republic of Slovenia, Miloš Brelih, with the directors of the power plants and representatives of works councils and management boards also attending. The key role was played by the minister, who presented the importance of a merger of the power plants and its positive effects. During the debate, representatives of the power plants were very critical of the proposal and presented numerous concerns. Due to the fact that the vote was public, the outcome was convincing; eleven votes for to one against, despite the more or less concealed opposition to the merger.

Based on the numerous meetings that followed, the Theses for the organisation of the company Dravske elektrarne were created in September 1951. There was not much time for a debate on the document, as the Government of the People's Republic of Slovenia had established the company named Dravske elektrarne by October of that same year. The new company started operating on 1 October 1951, merging the power plants Fala and Mariborski otok and the construction site of the Vuzenica Hydro Power Plant. Fedor Gregorič was named the director of the company. The Dravograd Hydro Power Plant was not yet included in the newly established company in October 1951. This was remedied with a government decision on 10 December 1951.

Difficulties related to the construction of power plants and internal relations in the newly established company made the actual start of operations somewhat protracted. The concept of self-management of labour collectives and decentralisation of management was being introduced to the operations of companies at the time. Ideas about a different, more decentralised form of organisation of power companies started to emerge. Dravske elektrarne actually existed more on paper at the time, as operations were still being conducted under the old system. The situation was resolved by the Government of the People's Republic of Slovenia, which discontinued Dravske elektrarne on 25 November 1952, after a year of the company's existence, and established new companies: Elektrarna Mariborski otok, Elektrarna Fala, Elektrarna Vuzenica (under construction on the site of the Vuhred Hydro Power Plant), and the Dravograd Hydro Power Plant with its Podklanec and Prevalje auxiliary facilities.

After a month, more precisely on 8 January 1953, the Government of the People's Republic of Slovenia adopted a decision establishing the Power System of Slovenia, which associated 28 companies, including all four of the aforementioned. 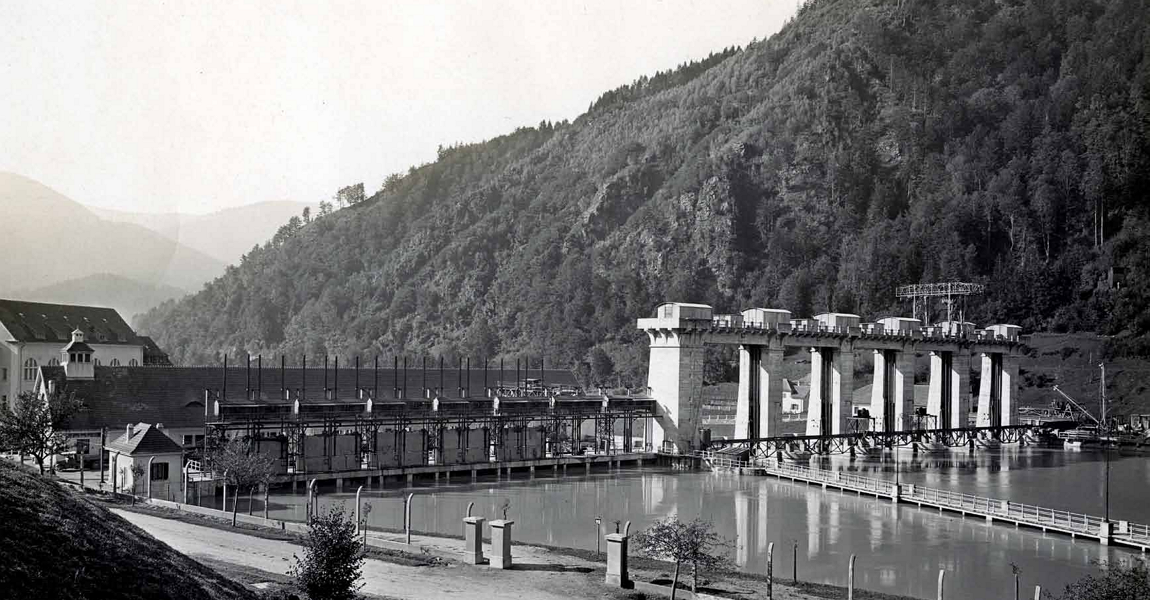 The employees were not satisfied with such a situation either and an initiative for a new merger appeared in 1958. This initiative came from politics that time as well. On 8 September 1958, the Maribor local people's committee sent to the collectives the Theses for a merger of the hydro power plants on the Drava River, but it was only after two years, on 11 November 1960, that a commission was appointed for examining the problems of the operation of the power plants from the technical and economic standpoints. The commission made its Report on examining a reorganisation of power companies and established that numerous positive effects could be achieved with a merger. In order to reach a consensus with the employees, an initiative committee was appointed on 24 March 1961, whose director was the then director of Elektrarna Hajdoše, which was under construction, Zvonko Jaušovec. After a few meetings, the opinions were coordinated and on 29 June 1961 the chair of the committee sent a proposal to the Maribor Center municipal people's committee (OLO MB Center) to issue a decision on a merger of the power plants Dravograd, Vuzenica, Vuhred, Ožbalt, Fala, Mariborski otok and the under construction Elektrarne Hajdoše into an independent company with the name Dravske elektrarne, to be headquartered in Maribor. In June 1961, the works councils decided on the merger, and based on a positive decision confirmed by the OLO MB Center, the new company Dravske elektrarne, with its headquarters in Maribor, was established. The company started operating on 1 July 1961. Štefan Pavšič was appointed the director of the company.

Changes soon started to shake the company. In 1963, the constitution of the Federal People's Republic of Yugoslavia was amended and the Basic Law on Power Companies was adopted, entering into force on 8 April 1965 and stipulating organisational restructuring of the power industry – among other things, the assets in the industry were divided among the various companies and Dravske elektrarne received a 38 percent stake.

Politics again interfered in the organisation of the power industry on 1 January 1968, when the production and transmission companies Dravske elektrarne Maribor, the Brestanica Power Plant, the Trbovlje Thermal Power Plant and the Ljubljana District Heating Plant merged into the new company Elektro gospodarstvo Maribor (EGM) with headquarters in Maribor, as per the recommendation from the Assembly of the Socialist Republic of Slovenia (SRS). Dravske elektrarne experts assumed a leading role in the newly established company. After two years, the company ceased to exist after the Trbovlje Thermal Power Plant pulled out. On 15 March 1972, the Associated Company of the Power Industry of Slovenia (ZEPS) started to operate, associating all hydro power plants, including transmission, all thermal power plants and the Ljubljana District Heating Plant.

After the abolition of the basic organisations of associated labour, which was a consequence of amendments of the Companies Act adopted by the Federal Assembly of the Socialist Republic of Yugoslavia on 30 June 1989, labour units were created in the company, namely:

The years 1990 and 1991 were also ground-breaking for Dravske elektrarne, as in addition to the elimination of Elektro kovinar, the company also lost the field of transmission, which was transferred to the newly established electricity transmission company Elektro-Slovenija (ELES). The transfer of ownership restructuring, which started in Slovenia with the adoption of the Ownership Transformation of Companies Act, transformed the company into a public corporation on the basis of a decree on 30 June 1994.

On 13 March 2003, the Government of the Republic of Slovenia issued the Decree on the concession for the exploitation of the Drava River for the generation of electricity and, on the basis of this decree, appointed Dravske elektrarne Maribor as the concessionaire on 3 April 2003.

With eight hydro power plants on the Drava River, with five small hydro power plants and four solar power plants, the company Dravske elektrarne Maribor, d. o. o., which operates today as part of the HSE Group, produces almost one quarter of the total electricity produced in Slovenia. The average annual production of the company DEM, amounting to 2,800 GWh, represents 80% of the total electricity produced in Slovenia that complies with the criteria of renewable energy sources and standards of the internationally-recognised  Renewable Energy Certificates System (RECS). The total net power of the power plants of the DEM company is almost 600 MW.

Since 1951, Dravske elektrarne Maribor has transferred to the grid almost 140,000 GWh of electricity, which today would supply the consumption of all Slovenian households for 43 years.